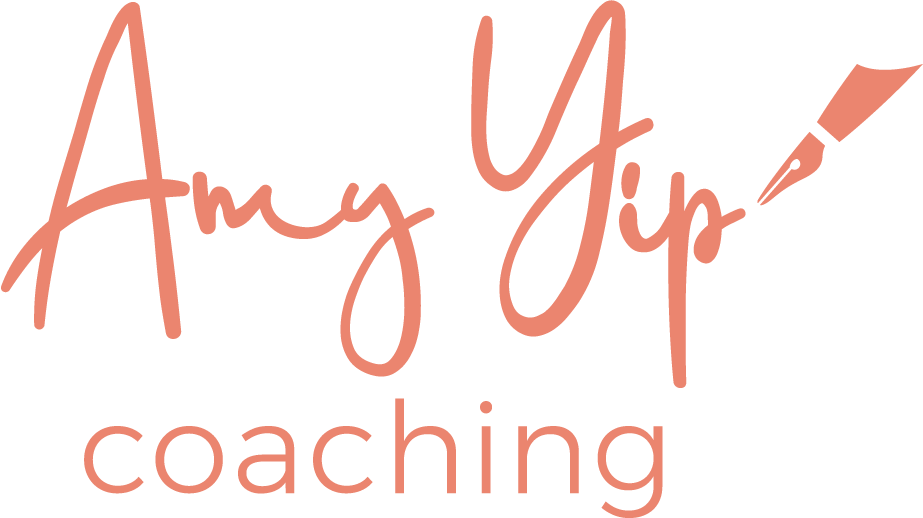 To be the child of an immigrant: How I finally learned to let go of guilt and embrace my true self.

I held the phone away from my ear, overcome with a mixture of guilt and frustration as my mom, on the other end, rattled on in Chinese about the lunacy of my plans.

“Why would you do this? Do you know how hard it was for your dad and I coming to America? We had to leave everyone and everything behind. We had to work laborious jobs so you and your sisters could live a better life. And now you go from a prestigious job to being jobless? Why not just donate money? Why do you have to quit? To be poor? Ai-ya. You play too much.”

I could sense my mom shaking her head in disapproval on the other end, despite us being on opposite coasts of the continent.

My plans, or my dreams rather, entailed quitting my corporate job, volunteering at a non-profit in Tanzania, then traveling around the world indefinitely. My goal was to find myself. To finally, at the age of 33, follow the American ideology of “finding my passion.” But that contradicted the Chinese culture that my parents came from.

I had anticipated this disapproval. I had wanted to avoid it. So much that I had meticulously planned every detail of the story I would tell my parents. “I got a hard-to-get rotation at my job to work overseas for a few years,” I would tell them. The “hard-to-get” fact would make them proud! To prevent any unintentional leakage, I would keep my social media private from any family member or family friend who might mention something to my parents. And with my sisters, whom I couldn’t hide my plans from, I shared all the details of my strategy, including a FAQ document in case they forgot how to respond to questions that might arise. The one thing I didn’t plan for was my sister, after having agreed to my requests, would change her mind and be the one to break the news to my parents. “You can’t keep something so big from them Amy,” she explained after the fact.

Listening to my mom on the other end of the phone, my heart sank into the depths of extreme shame and guilt.

As a second-generation American like me, shame and guilt are common emotions. My parents had given up everything they had known so I could enjoy the privileges they never got. It was my duty to repay them for their sacrifices. To meet their extremely high expectations for what I should do to be successful. To help them“keep face” among friends and the broader Chinese community.

“You won’t make money as a teacher Amy,” my dad would say.

“I want to be an artist and make things!”

“You’ll be poor until you die and that’s when people will pay for your artwork. That’s how the art world works. You can’t do that.”

“I want to be a pediatrician!”

For most of my life, I struggled to constantly straddle between the culture that my parents came from and the American culture I was growing up in.

While I badly wanted to live the American philosophy of “do what you love”, it fundamentally contrasted my parent’s expectations that success would mean going to prestigious college, becoming a doctor, lawyer or engineer, then getting married to a nice Chinese boy and having my own family. My sense of obligation to repay them for their sacrifices would often fill me with guilt. Every time my inner desire would desperately try to claw its way out to see the light of day, I would silence it, push it aside and continue on my path towards “success” as defined by my parents.

But I could only pretend to be happy and fulfilled for so long. The “American” in me was waiting to burst out.

The morning after pulling an all-niter to complete my product launch recommendation, my manager said to me, “Putting together the recommendation is just a checkbox formality. It’s just a part of our process, but we’re not going to invest money to market the launch. It just doesn’t make sense. Wanted to let you know and set expectations before we go into the meeting.” I balked with a mixture of shock and aggravation at the nonsensical way things worked sometimes.

“What am I doing with my life?” I asked myself. “I need to do some soul searching.” In the depths of despair, I suddenly remembered my long-forgotten dream to travel the world with nothing but a backpack. That was when I started to plan, not the trip itself which was the easy part, but what I would tell my parents. Unfortunately, it didn’t unravel the way I had hoped.

As much as I’d like to say that after the call with my mom, I did the “American dream” thing anyway and followed my heart despite my parents disapproval, that’s not entirely what happened.

Serendipitously, in the midst of my planning, a recruiter found me on LinkedIn and I got offered a dream job at a dream company. And if I were to be completely honest here, I was definitely feeling a bit of fear and an even greater amount of guilt. So I decided to take the job, but to ease my own sense of loss, I announced to everyone who would listen, “I’ll give this 5 years then I really have to go do my trip.” What I forgot to anticipate was how much can change in 5 years.

Everywhere I turned I’d just hear: “You’re too old to travel now. It’s time to stop playing and settle down. Have babies.” or “Why would you leave such an amazing job and top notch company? Your career is soaring right now!” I struggled with what to do and it ate away at me.

The day before my wedding I unexpectedly broke down in tears in my mom’s arms.

As I bawled into her shoulder, I expressed the pain I felt, the sense of guilt, the shame that I should be thankful for everything I have instead of wanting something else, and how much I didn’t want to disappoint them or have them lose face. 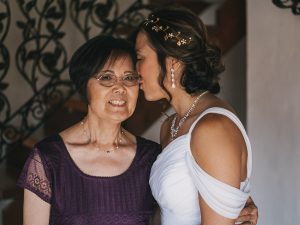 “You know Amy, I’ll never understand you or your dreams. Nobody will understand except for you. And that’s ok. I do want you to be successful because I worry that you’ll have to work the way your dad and I did. That you’ll have to live penny to penny, uncertain of whether you’ll have enough to feed your family or how you’ll ever pay for your kids to go to school. But more than that, I just want to see you happy. And if going to volunteer and travel makes you happy. Then do it. I’ll worry about you, but I will always love you and be proud of you.”

My mom wiped away my tears and looked into my eyes with pure motherly love. As I stared back into her eyes, it finally dawned on me that there was no monetary amount that could ever make up for her or my dad’s sacrifices. I could work hard for the rest of my life and continue to make incrementally more money, but it would never be enough. At the end of the day, all my parents wanted was for their kids to be truly happy and pursue their dreams, a privilege they never had.

Six months later, in February 2020, my husband and I sold all our belongings in our little New York apartment and took a one-way flight to Ghana where we would volunteer at a breast cancer NGO with plans to travel the world after.

As things would have it, a world pandemic known as COVID-19 hit right in the midst of us being abroad. After three months in Ghana, we are still out here working with the NGO. Our aspiration remains to travel as soon as it’s possible to do so. Though there is much uncertainty in the world now, there is one thing that I am 100% certain of: I must be happy and pursue my dreams to repay my parents’ sacrifices.

Side note on guilt and mental health

Tremendous guilt can be a source of unrelenting pain. It saps your energy and can lead to significant negative stress, depression and other mental illnesses. In fact, despite Asian Americans being the fastest growing racial group in the US, they are three times less likely to seek mental health services than other Americans, according to the National Alliance on Mental Illness. This is often because of the stigma associated with mental illness, the belief that it is a weakness of character associated with failure as an individual and the family.

As the world continues to work towards raising awareness and understanding of the importance of mental health, it is imminent for Asian Americans to build the capacity and courage to talk about it. Seeking help from a mental health professional is not a sign of weakness. In fact, it takes courage to speak up and ask for help.